Both for Havana’s beauty and decay, it’s very hard to restrain yourself from staring everywhere you look

Havana has always had a vibrant night life with unending salsa clubs (a lot of them quite shady though), street music 🎶, street dancing and performances not to mention drinking and dining.

The dining can be “touch and go” especially if you’re vegan like me. However I must say that the gastronomic fare keeps improving year over year.

With the opening of La Manzana, a Kempinski operated hotel, the “Central Park” Old Havana/Habana Vieja district, has gotten a new and improved look.

La Manzana – La Manzana is as a result of the restoration and remodeling of the old Gomez de Manzana Building which was appropriated by the state in 1959.

The commercial gallery located on the ground level has 16 premises offering high end designer products such as Gucci, Mango, Lacoste, Giorgio G VIP and Armani. In the basement there is a museum detailing the history of the building. 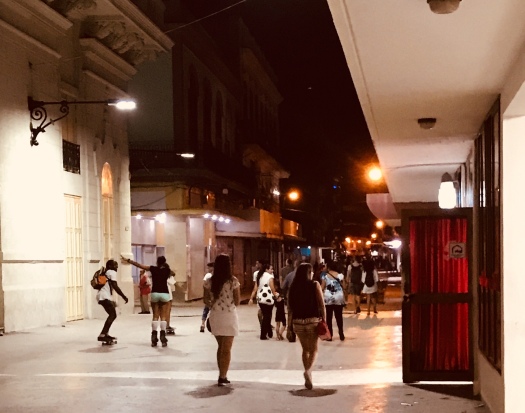 El Gran Teatro de la Habana Alicia Alonso – When I went to Cuba in 2015 for the Christmas Holidays, El Grand Teatro wasn’t opened as yet. This theatre is located on the Paseo del Prado and is in a building known as the Galician Centre of Havana, constructed to serve as a social centre for Galician immigrants to Havana. It is the home to the Cuban National Ballet and it is the main stage to the International Ballet Festival of Havana. I wanted to see a performance but tickets are all sold up to the end of February 2018. 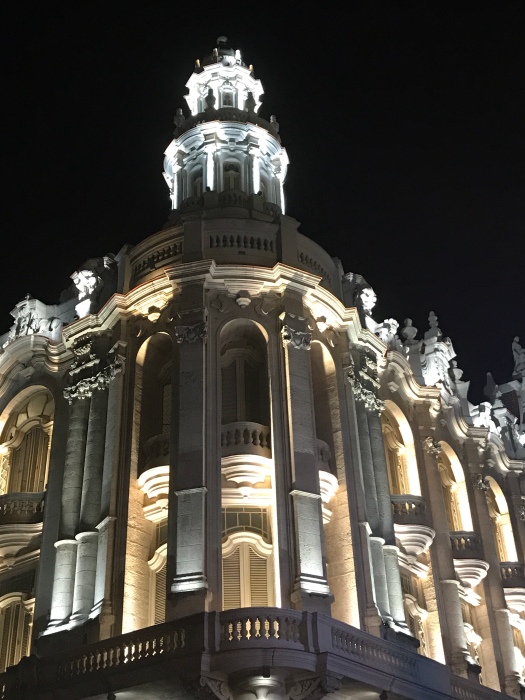 This hotel provides quality musical entertainment during the day and at night as well. The hotel has a colonial section which overlooks “Central Park” and has views of El Gran Teatro, El Capitolio, Hotel Inglaterra, La Manzana and El Museo de Bellas Artes. The modern section has views of the latter two buildings plus the famous Barcardi Building. 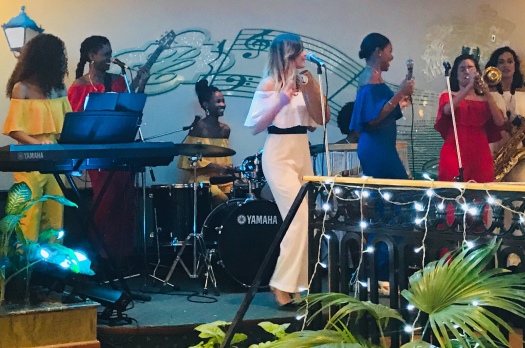 Saratoga Hotel – another iconic building where the former POTUS and his wife stayed. Also Jay-Z and Beyoncé’. 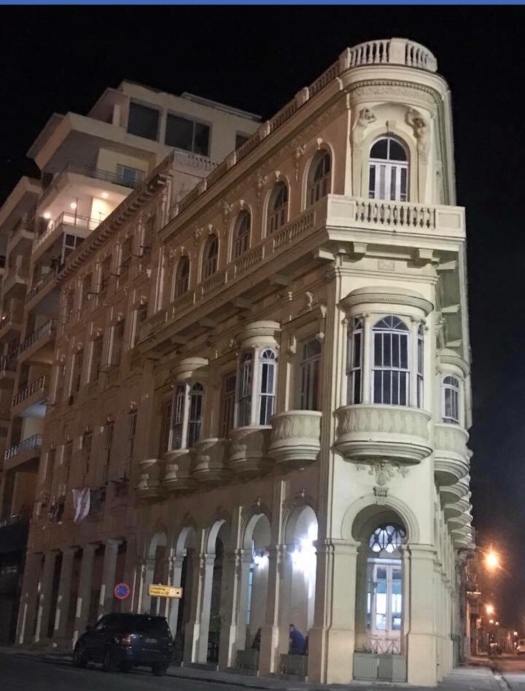 La Floridita– La Floridita Cocktail Bar is a favorite watering hole for tourists. This establishment is famous because it was the one of the favorite hangouts of well renowned American novelist, Ernest Hemingway. It is is reputed to serve the best daiquiris in Havana.

Inglaterra Hotel – This is another iconic building in the heart of Central Havana with its very colourful marquee entrance. 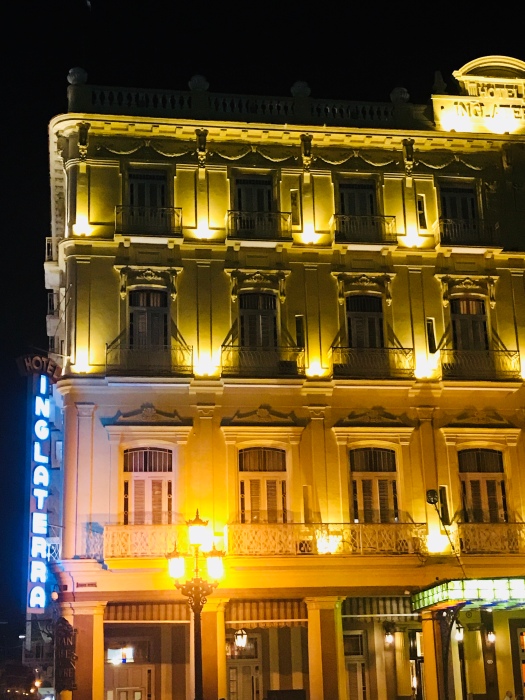 Classic Cars – what would Havana be without the ubiquitous classic cars? 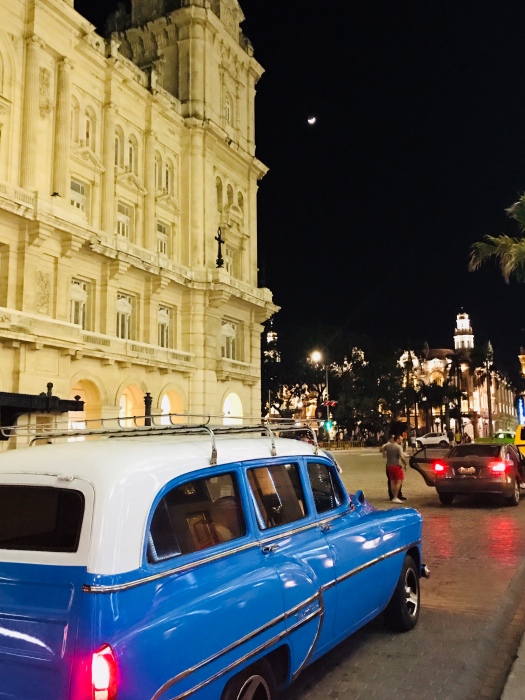 I hope you enjoyed this slice of how Havana looks at night. With the imminent opening of the Capitolio the landscape would change even more. Have you ever been to Cuba? Have you ridden in the classic cars? What are you favorite things to do in Cuba?

21 Replies to “Havana at Night”