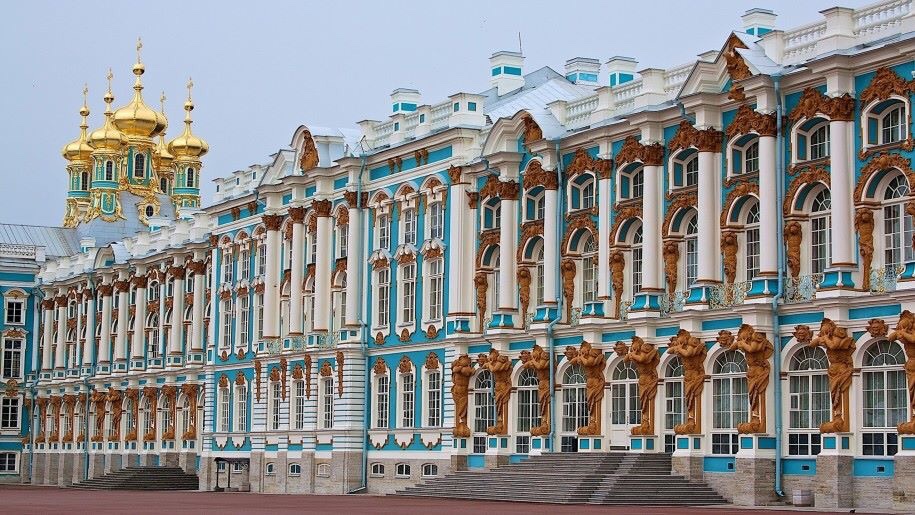 My first first order of business in St. Petersburg this past summer was to have visited the Imperial Winter Palace and the General Staff Building in Palace Square. Unfortunately, my visit was only to the exterior of these landmarks, as the lines to purchase the tickets to go inside were too long.

The Winter Place an architecture landmark, was the official residence of Russian monarchs from 1732 to 1917. Today the Winter Palace houses the World famous Hermitage Museum. 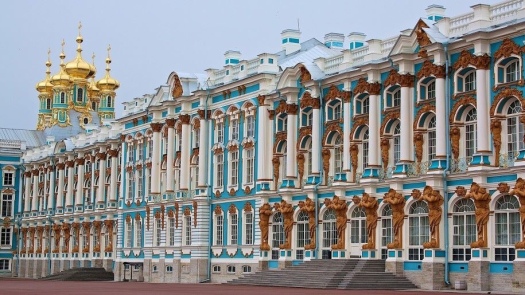 ” I can’t say that the Hermitage is the number one Museum in the world but it certainly is not number two” Director of Hermitage. 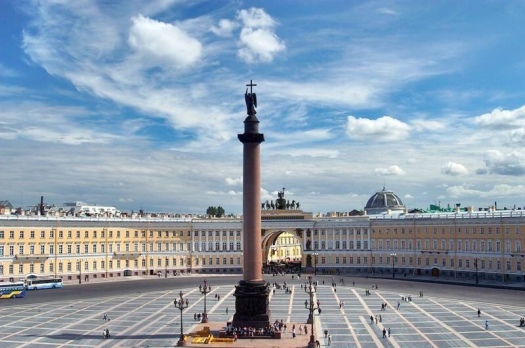 The General Staff Building is part of L’Hermitage Museum, that is its Eastern Wing, whilst its Western Wing is used for government business.

This Building is recognized as one of the best examples of Empire-styled architecture in Russia and was designed by Russian-Italian Architect, Carlo Rossi.

The curving face of the buildings stretches to almost 600 meters and stands four stories high. The west and east wings are joined by a tripartite. This is the longest building in Europe.

The tripartite is crowned with a sculpture of the Goddess of Glory in her Chariot of Victory, led by six horses, and at the outer ends, two warriors. 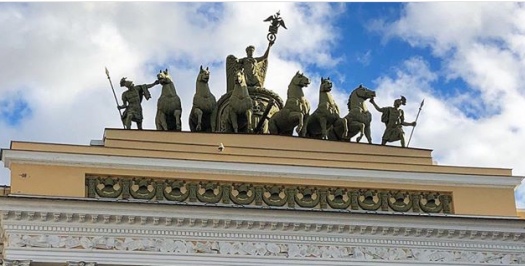 The sculpture by Stepan Pimenov and Vasily Demuth-Malinovsky is to commemorate the Russian victory over Napoleonic France in the Patriotic War of 1812.

The arch leads from Palace Square to Bolshaya Morskaya Utilsa.

The walls of the archway are decorated with the figures of the Goddess of Glory flying on canon balls.

Yes I do regret not joining the line to go inside both buildings, especially the General Staff Building, which houses an extraordinary collection of Impressionist and Post Impressionist Paintings from Monet, Gaugin, Picasso and other greats. Also works from Russian artists 19-20th centuries and Art Nouveau.