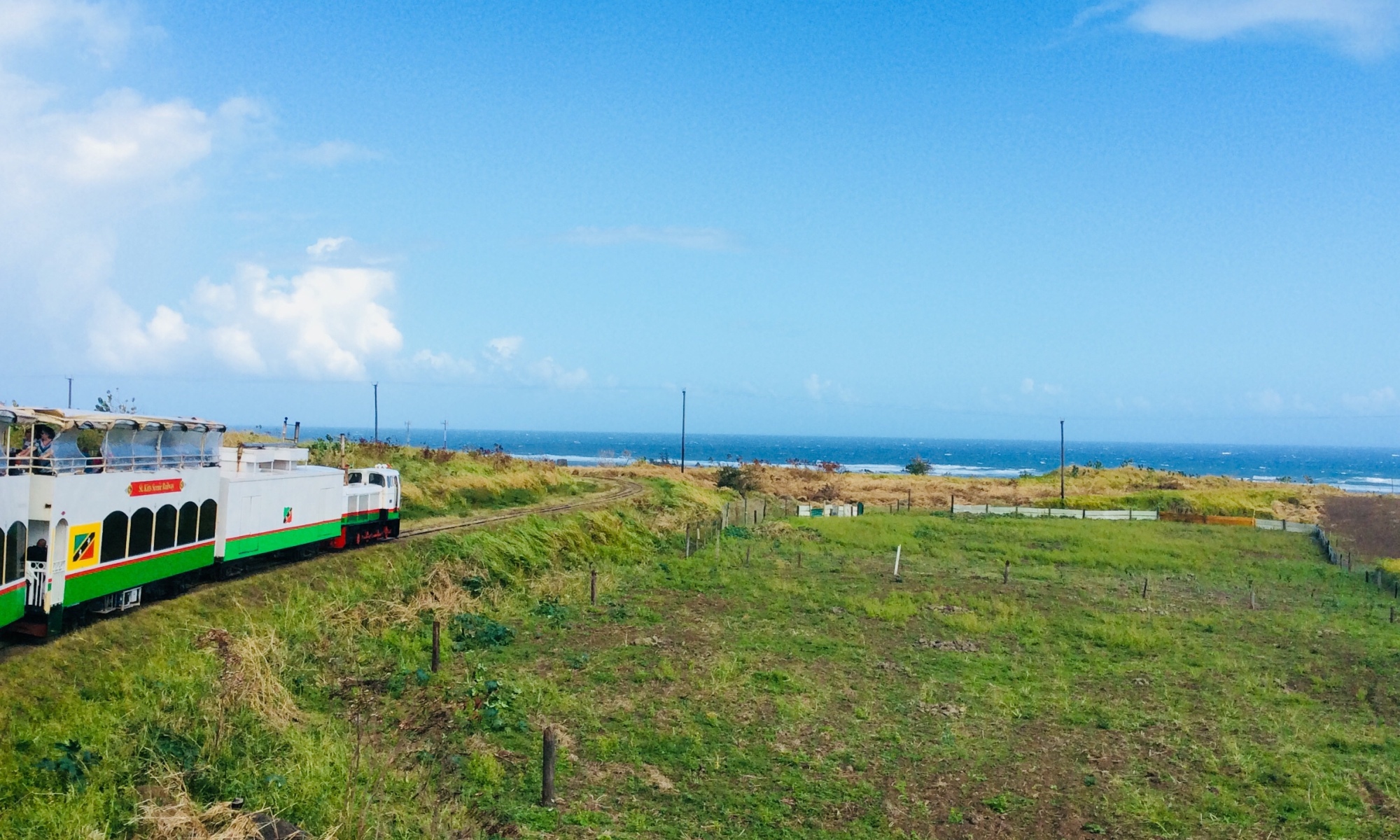 We “limed” on the St. Kitts Scenic Railway Tour http://www.stkittsscenicrailway.com. 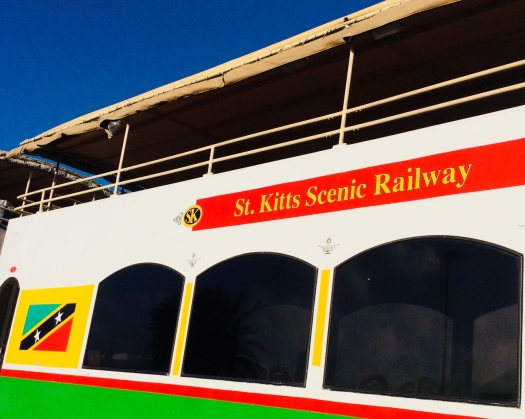 St. Kitts and Nevis is federation of two islands situated in the north eastern Caribbean.

The St. Kitts Scenic Railway Tour takes passengers on a 3-hour tour that makes a 30-mile circle around the beautiful Eastern Caribbean island of St. Kitts, with 18 miles by narrow gauge train and 12 miles on sightseeing buses.

Built between 1912 and 1926 to transport sugar cane from the island’s sugar plantations to the sugar factory in the capital city of Basseterre, today the “Last Railway in the West Indies” provides visitors an unsurpassed opportunity to experience the scenery and culture of this unspoiled country.

There are five rail cars. The lower level carriages are air conditioned but the upper decks have open sides.

The morning of our Tour, we hopped on the upper deck of carriage 4. The top deck offers the best views.

Be careful if you suffer from vertigo as the train, rocks, sways and creaks as it passes through the narrow gorges and above bridges. Taking photos was a bit challenging.

Along the way clouds developed. We received a few rain showers and had to seek refuge on the lower deck.

The train journey which passes through many villages, takes you along the northeastern coast with view of the Atlantic to the right and Liamuiga (St. Kitts’ highest peak) to the left.

The name Liamuiga is derived from the Kalinago name for the entire island of St. Kitts, which means, “fertile land”.

The neighboring island of Saba can also be seen. 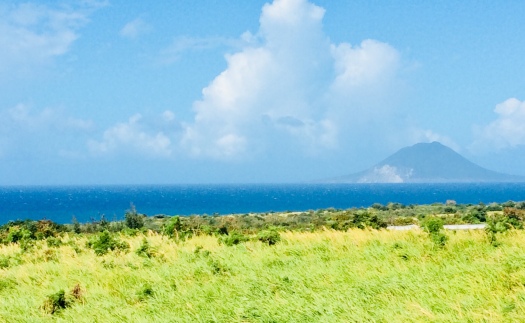 Many abandoned plantations are scattered throughout the island. The sugar industry shut down in 2004. The island’s main economy now is tourism.

Cocktails are served complimentary and the passengers are invited to try sugar cake. Entertainment is provided by a local group singing a capella.

The history of sugar cane, the plantation owners and the enslaved are Africans mainly from Guinea Bissau were narrated live throughout the carriages. 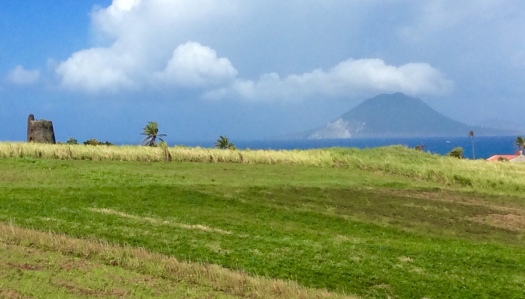 Whilst I didn’t regret doing this Tour as an independent “passenger”, overall I found it too expensive and catered mainly to “onshore excursioners” in terms of “story-telling, and entertainment. Nothing was spontaneous.

Have you ever been to St. Kitts and Nevis?