When I decided on a whim, to visit Nicaragua last July,  I must admit I didn’t know much about the country other than its geographical location and that there was civil conflict for a long time involving a “rebel” group called the Sandinistas and the country had two generations of dictatorship under the Somozas.

Nicaragua is a Central American country fortunate to have the Pacific Ocean to its west and the Caribbean Sea to its east.

Lake Nicaragua is on the western side whilst Lake Managua is north.

I chose the colonial city of Granada, the oldest colonial city in Latin America, because I heard it is an up and coming tourist destination and it is relatively safe and inexpensive for solo travel.


I stayed at Casa Xanadu   Mercedes Vega the manager arranged my tours and she was the perfect hostess.

What  I  learnt/experienced during my visit:

1.   The Sandinista government remains in place since 2007.

2.    A “Panama Canal” mired in controversy,  to be built by the Chinese government is being contemplated.

3.     There are many lakes, beaches and volcanoes. Lake Nicaragua is the largest lake in Central America and is home to the only fresh water sharks.

4.      Masaya volcano – the only volcano in the world whereby you can drive up to the rim  and look down into the boiling crater, which also emits  thick steam when it rains.  The Spaniards called it “the mouth of hell” for good reason.   Masaya is 14 km west of Granada.

5.  The African population is found on the East Coast Islands, Corn Islands and Bluefields, brought there as slaves by the British to cultivate sugar cane and for other forms of agriculture. They speak their own form of English creole.

6.     Humidity – in Granada the humidity level is extremely high.
7.   Over half the country’s population is mestizo. It is believed the Mayans and Aztecs were the original inhabitants. Nicaraguans are very proud of this. 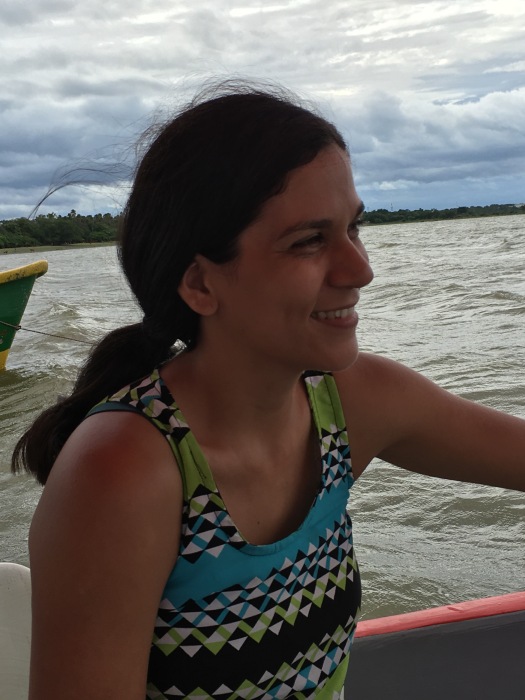 Things to do and places of interest:

Lake Apoyo is between Granada and Masaya.

2.   Take a ferry or a private boat tour on Lake Nicaragua to see the “isletas” and the “isla de monos”

3.     Take horse and carriage tour of the city center

The word Nicaragua was formed by two words, “Nicarao” who was a chieftain and “agua” the Spanish word for water.

Should I visit Nicaragua again I would go to Leon and to the Caribbean side.

Peace Love and Travel from G