It’s a wrap for Dominica – The Nature Island – so GREEN

Day 1
Visit to the Kalinago reserve.

Before heading up to the National Park, we went to Roseau, the capital of Dominica.

Roseau is a type of reed a which used to be found on the banks of the Roseau river.

Roseau situated in the south west of the island derives its from this reed.

On this day two large cruise ships were in port so the city was bustling with a lot of pedestrian and other traffic and minimal parking spaces. We didn’t stay there long.

After Roseau, we did a 30 minute drive uphill to the Trafalgar Falls.
The walk from the ticket booth to the viewing platform is an easy less than 10 minute walk.

You can choose to stay on the viewing platform to view the twin cascades, climb the slippery rocks to get a closer view or perhaps hike up to the top to get a view from up above. 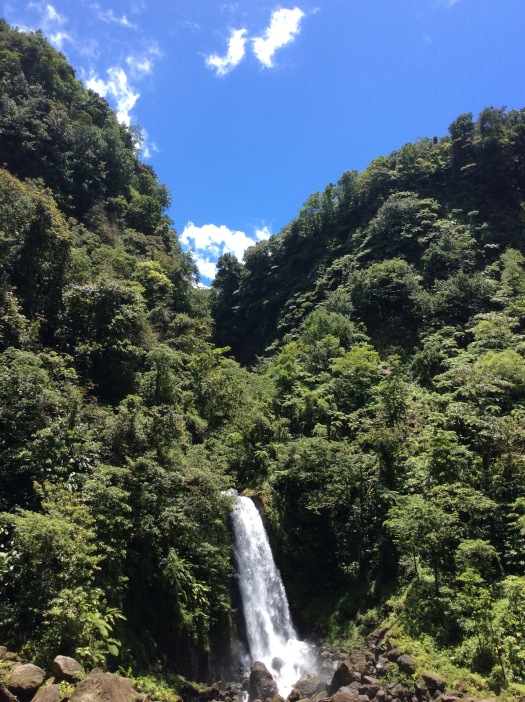 This lake is on the highest road point in Dominica it’s a crater lake. Calm and glassy it is quite suitable for kayaking. There is also a walking trail around this lake.

Wow – just wow after visiting the the falls and the lake.

I am happy my guide chose  Screw Spa, out of few spas in the Wotten Waven area.

SS is a very well designed open spa and trumps the best of any indoor spa. It’s authenticity is very appealing. 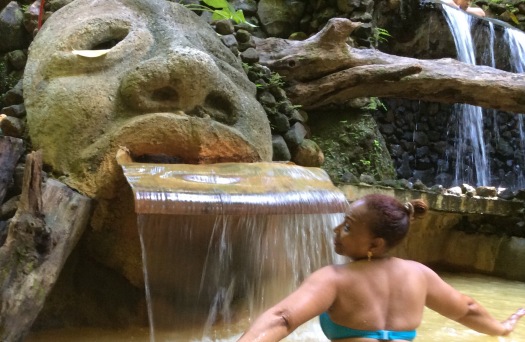 The sun shining through the leaves of the tall trees sheds a golden light on the water which runs over sulphuric rocks. It is a bit of heaven.

Flowered and plant lined bridges take you along the three different pools, each to cater for your temperature tolerance, from scalding hot to very cool. I took the middle road and didn’t regret it at all. 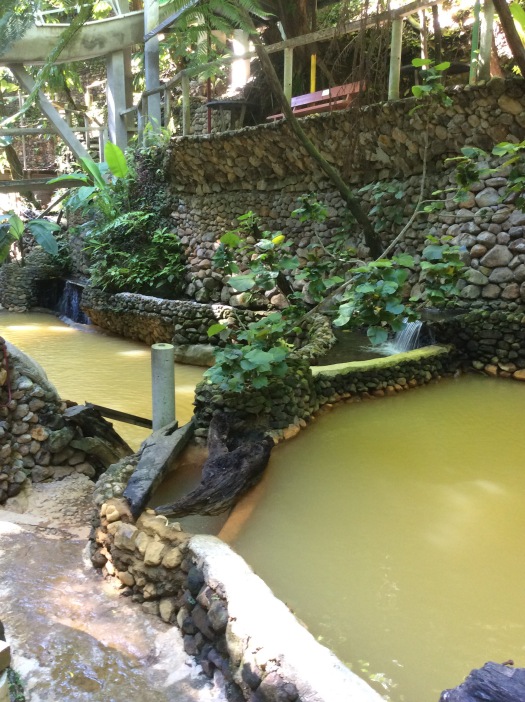 This is a boat “tour”of a little under 2 hours.

Most of the time on the tour is spent in the Bush Bar.  I had the “Dynamite”, the signature drink which lived up to its name. 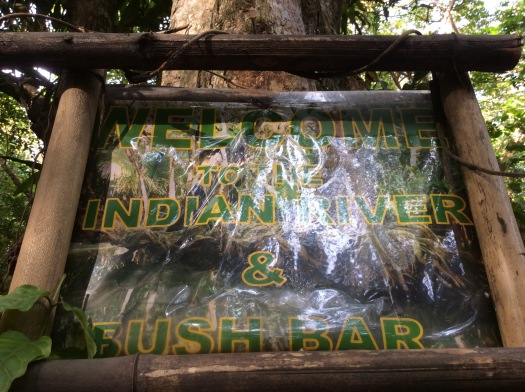 The gooseberry syrup one of the key ingredients is made on site.

The bartenders at Bush Bar are proud to tell that Johnny Depp and Orlando Bloom spent a lot of time at this bar between takes during the filming of the Pirates of the Caribbean movies.

Down river we passed where some of the filming for Pirates of the Caribbean took place.

This is a well maintained fort overlooking the Village of Portsmouth. 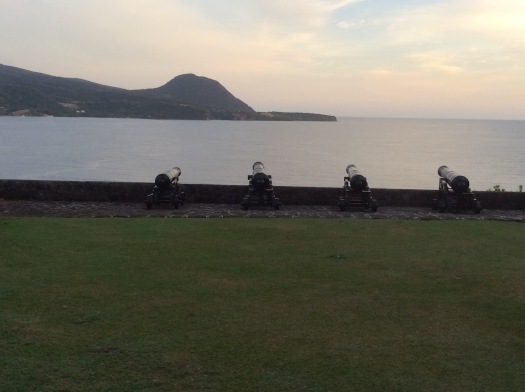 Thanks to efforts Dr. Lennox Honychurch, a Dominican historian and politician, restoration of the fort  is almost almost complete. 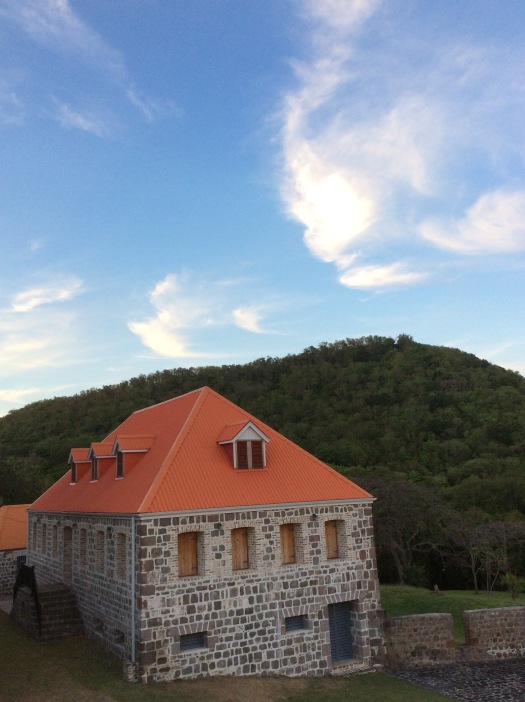 Glenda Jack’s mission is to explore more historic and nature sites in the Caribbean and to encourage others especially Caribbean residents and the diaspora to do the same.